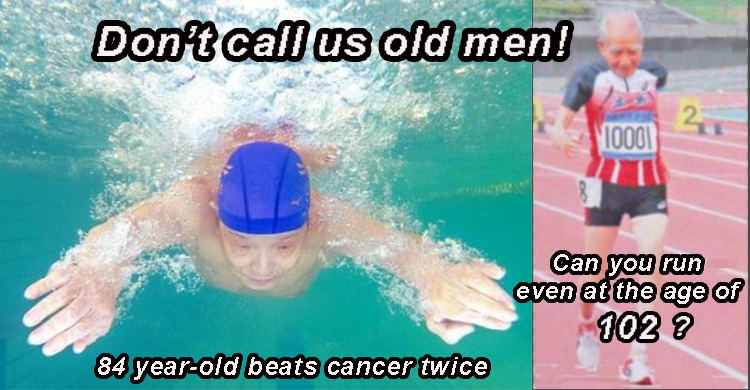 Hi everyone, how’s life treating you?  Today I’d like to introduce two men, both of who are healthy, enegetic, and active old men.

One senior, Hiroshi Matsumoto who is from Minami Alps city, Yamanashi Prefecture, he swims 2,000 meters almost every day and he says the pool is a place where he can concentrate himself.

But the glory from such achievements isn’t enough to satisfy the Saga Prefecture native, who swims 2,000 meters on a daily basis, and is determined to set another world record.

On Feb. 8, 2020 Matsumoto competed in the 25-meter butterfly during a tournament certified by the Japan Masters Swimming Association at the Chiba International General Swimming Center in Narashino, Chiba Prefecture.

Using his entire body to make powerful strokes, he gradually picked up speed to finish in first at a time of 16.72 seconds.

It was an overwhelming victory for Matsumoto, who finished at least 5 meters ahead of the second-place swimmer. Other competitors included contestants about 10 years younger.

Matsumoto participated in four other events, winning all of them. Matsumoto’s first experience swimming came when he was a pupil at a primary school and he took a dip in a pond at a farm near his home to beat the summer heat.

He enjoyed it so much he kept on swimming even after he noticed he was bleeding all over from being bitten by the pond’s leeches.

Matsumoto became a competitive swimmer when he was a second-year senior high school student. After relocating to Yamanashi Prefecture for work, he continued swimming in a pool close to his workplace while he served as a children’s coach.

He also competed at the National Sports Festival, but he couldn’t achieve great results at the national level when he was young.

But time turned out to be on his side and things turned around when he reached his 60s.

At age 59, Matsumoto made his masters swimming debut and repeatedly set his personal best time as he grew older.

When he started competing within the age group for 65- to 69-year-olds after turning 65, Matsumoto achieved a new Japanese masters record in the 25- and 50-meter butterfly.

However, the following year, in 2002, Matsumoto was diagnosed with prostate cancer and had his prostate gland removed.

He felt feeble after the surgery, thinking that he might not be able to compete in swimming anymore.

But one week after he left the hospital, he found himself going for a swim in a pool.

“I felt alive again when I swam,” Matsumoto recalled.

He spent the next two years or so being treated with a female hormone. His muscles weakened, and his swim times became slower. But he kept swimming 3 to 4 kilometers every day because he didn’t want to see his records broken.

When he turned 70, Matsumoto set a world record in the 50-meter butterfly.

In 2012, he was diagnosed as having squamous-cell skin cancer, or Bowen’s disease, which develops in the shallow layer of the skin. But he resumed swimming soon after the surgery. His continued effort helped his rehabilitation, he said.

Matsumoto has broken masters swimming world records 50 times. The celebrated swimmer has received about 1,000 medals at competitions in Japan and abroad, which cover the walls of his home.

While some members of his close circle have quit swimming because of age, Matsumoto said he feels “motivated when I look at the medals every morning.”

Currently Matsumoto is focused on making sure he swims efficiently to reduce water resistance. His goal is to set another world record at an international competition to be held in Fukuoka in 2021, the year he turns 85.

“It’s still too early to call me an old man,” Matsumoto said. “I’ll be happy if people can find encouragement through me.”

At the age of 102, Shoji Tokuhisa from Miyoshi-shi(city), Hiroshima Prefecture, is the Japanese record holder in the 100-meter race over 100 years of age in athletics.

Let me introduce myself that I am a camerawoman, interviewer, and writer of this article.

I’m far younger than he, but he asks me “Don’t fall down because it’s too hot today.“

Mr. Tomihisa, who is almost 80 years older than I, kindly approached me while shooting with the camera.

On a hot summer day with a temperature of about 35 degrees Celsius (95 Fahrenheit), I was interviewing Tokuhisa once a week at the stadium.

I also played athletics when I was a student, so I was confident in my physical strength, but I was surprised at the unexpected development.

That is when 102-year-old Tomihisa-san gave me the words that I, much younger, should’ve said first to Tomihisa-san.

As the words imply, what I saw in the interview after that was the gentle appearance of Tomihisa, who always cares for the people around him. That’s why there was always a crowd around Mr. Tomihisa and a circle of smiles.

At the age of 100, he was a Japanese record holder

Tomihisa has recorded a number of short-distance athletics events. One of the most brilliant is the Japanese record set at the age of 100.

In 2017, Tomihisa competed in the 60-meter run of the Chinese Masters Athletics Championships, over 100 years old, setting a Japanese record of 16.98 seconds. 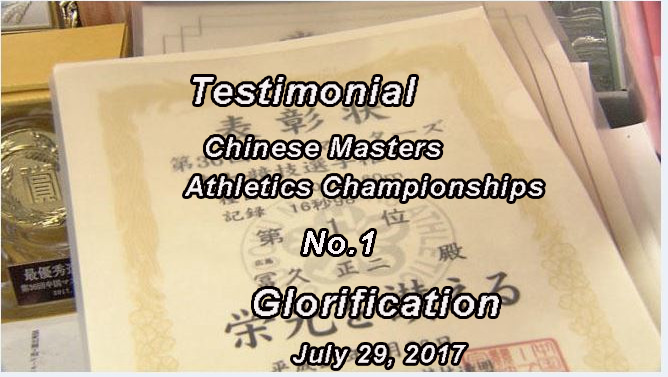 The secret of energy

Mr. Tomihisa who can run even after he is 100 years old, how can he stay fine?

There was a hint in everyday life. His day starts at 4 am and begins with stretching and relaxing. He works on a minute-by-minute schedule until he sleeps at 9 pm.

Tomihisa, who lives alone, does most of the housework, including cooking, cleaning, and laundry. I(camera woman) felt that living a regular and independent life is the secret to his energy.

Tomihisa’s body has been tilting to the right for about a year ago, making it difficult to run as fast as before. For this reason, he is now aiming to finish running the 100-meter race, not the time.

In addition to his weekly training sessions, he also trains at home every day.

He uses different types of training machines, such as exercise bikes, to maintain muscle strength while taking into account the burden on the body.

Does he finally achieve his goal on the day of the tournament?

The Hiroshima Masters Athletics Championships was held in Onomichi. Mr. Tomihisa, who participated as the oldest player, aims to finish the 100-meter race on his big moment of June 2, 2019.

Mr. Tomihisa says, I want to show only my power to the end.

Tomihisa began to run with the starting gun, attracting attention from the venue. 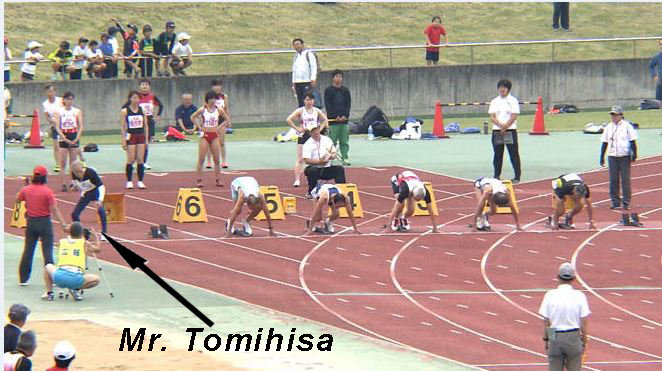 Tomihisa frantically waved his arm and headed to the goal step by step. The applause and cheers of the venue gradually increased, and it supported him.

I want to keep running forever

In the interview after the race, Tomihisa spoke with a calm expression.

When I was in the finish line, I was satisfied that I was able to speed up a little bit.

It has nothing to do with age. With such feeling, I will do my best to do my best for the next year.

Tomihisa has no plans to participate in the tournament this year, and will train for next year’s (2020) tournament.

A 102-year-old printer that will continue to take on the challenge for 2020. As a camera woman, I would like to cover and support Mr.Tomihisa’s challenges.

He was a former official holder of the world record in the 100 metres.

On September 23, 2015, the day after his 105th birthday, he became the second person to compete in the 105 year age division following Pole Stanisław Kowalski who competed earlier in the year on June 28.

Here’s the video of when Mr.Hidekichi Miyazaki was active. 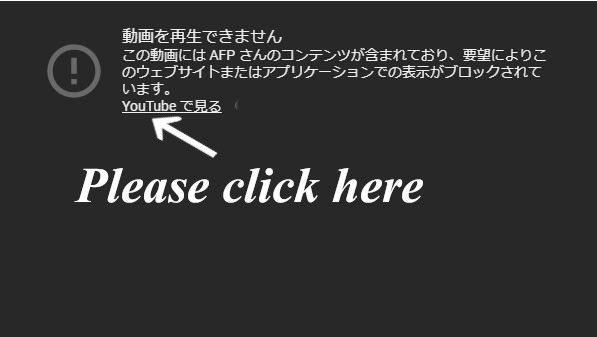 Finally, we have “Active Ageing” well-worth browsing, thanks