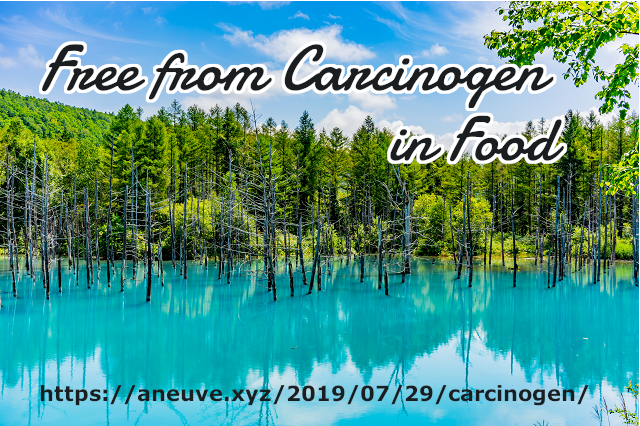 Hi everyone, how are you? Today’s topic is ” carcinogen ” contained in food that we have to eat everyday.

In Japan, the number of cancer deaths has dramatically increased, regardless of the advanced countries in healthcare.

Therefore aging senior like me have been seriously concerned about the cancer, so I’d like to talk about it.

Why are there so many cancer patients and cancer deaths in Japan?

The biggest factor generally said is “aging”. In contrast, strangely enough, Japan has boasted longevity in the world.

With longevity, however, the population of elderly people increases, and as a result, cancer patients also increase. And it has something to do with daily food.

Generally speaking, this is one of the big reasons that we take more opportunities of Westerized diet than Japanese diet which is touted for typical healthy food in the world.

Eating junk food is a major risk factor for cancer, even if it tastes great when you’re eating it, in the long-term, it can seriously damage your health in a lot of ways.

But there are also some other foods that will be nearly as bad to you as junk food and can also eventually cause cancer. And the worst part of it is? You might not even suspect it.

Here, we list 12 very common foods that increase cancer risk and that we generally consume on our daily lives.

What kind of food that seems supposedly to contain ” carcinogen “?

The biggest problem in this category is high fructose corn syrup (HFCS), and other refined sugars, with even brown sugar becoming a problem because the big companies only seem to add back some of the molasses back, instead of it being more natural.

Refined sugars are a source of major insulin spikes, and sugar feeds the growth of cancer cells.

Alternatives – Always scan the ingredients list when buying packaged food; the sugar content will surprise you, even on some healthy foods. Satisfy your sweet tooth with natural fruit rather than candy, and you’re good to go. 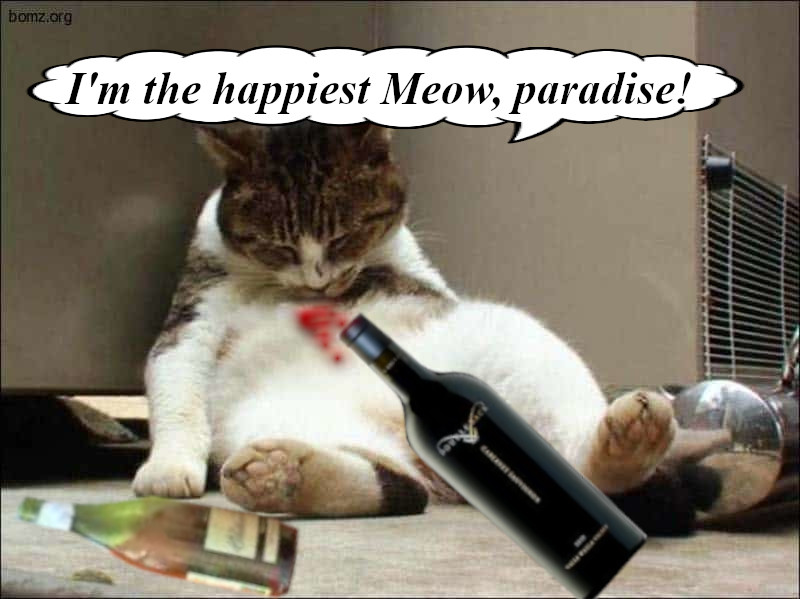 Studies by the National Cancer Institute have shown a link between excessive alcohol consumption and cancers of the head and neck, esophagus, liver, breast, and colon.

However, the debate is still up regarding moderate consumption, but generally it’s thought to be even somewhat healthy to drink it moderately.

If you want to quit and is a long-term alcoholic, be careful as well, because it can cause life-threatening seizures and delirium. 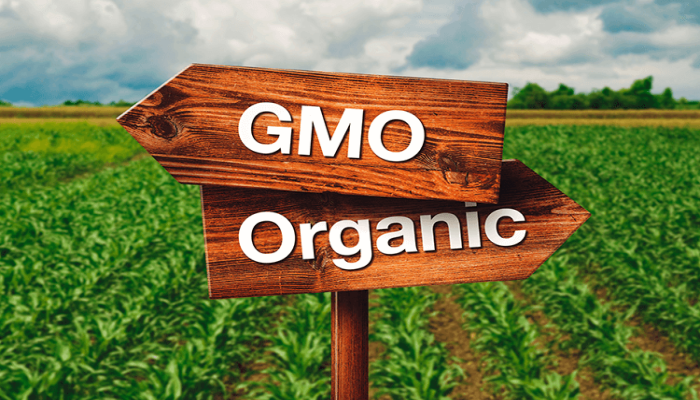 There is a fierce debate about the safety of GMO foods. In one side, Huge food producers like GMO products because they have been modified to be more reliable than the organic ones, plus it’s way easier to develop as a crop in poorer coutries.

However, very little safety testing was done before the food hit the self, and we have no idea of their long-term health effects for now.

Alternatives – Organic produce in general that must come with a Non-GMO label. 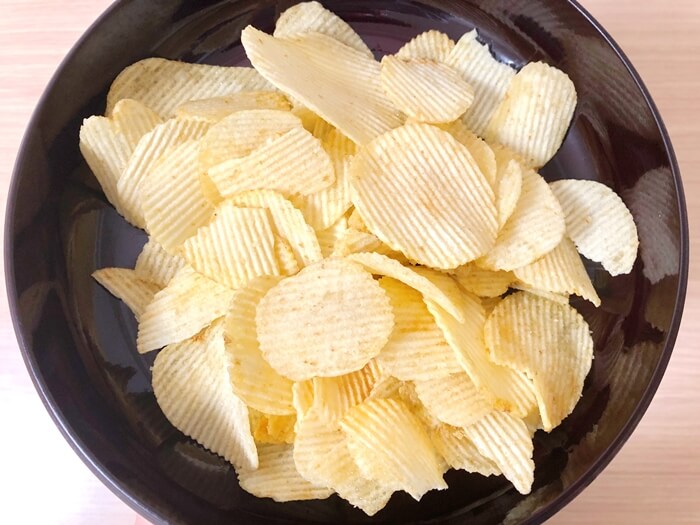 Potato chips are offenders for several reasons. One, they are fried in trans fats – Remember the fifth item on this list? – and absorb it, and two, they are loaded with salt, which not only increases the risk of cancer, but also of heart-related diseases. Many varieties also have preservatives and artificial coloring.

Alternatives – For a good snack you can eat some Pretzels, natural popcorn, or some banana chips. 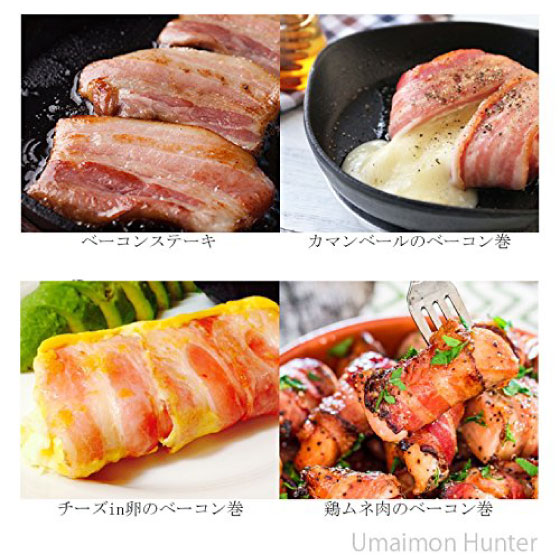 This includes things like bacon, hot dogs, sausage, and deli meats. The processing often adds huge amounts of salt as well as dangerous chemicals, especially nitrate and nitrite which are used to preserve the food along with the salt.

The additives are intended to make more desirable but carry a steep risk to your health.

Alternatives – Eat organic meats and look for other products with minimal processing and no preservatives, and never forget to wash and cook it carefully. 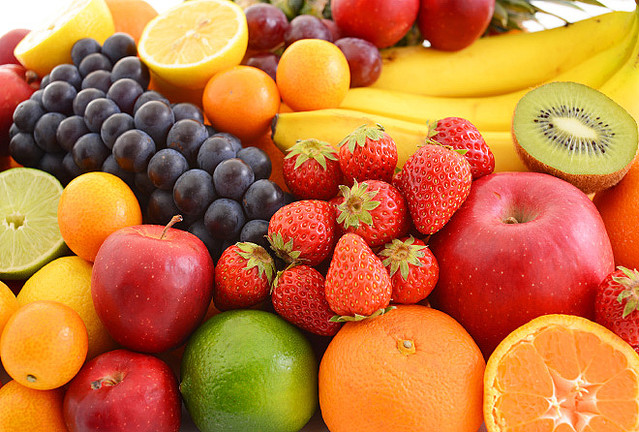 The fruits and veggies themselves are good for you, but if they are sprayed with pesticides, they are anything but.

Altrazine, for example, is a weed-killer that has been banned in Europe for causing severe problems in humans, but is still commonly used in the U.S.

The Environmental Working Group (EWG) found that up to 98 percent of all conventional produce, is contaminated with pesticides that cause cancer.

Alternatives – Make buying organic fruits one of your priorities when it comes to them, and carefully wash all produce before eating. 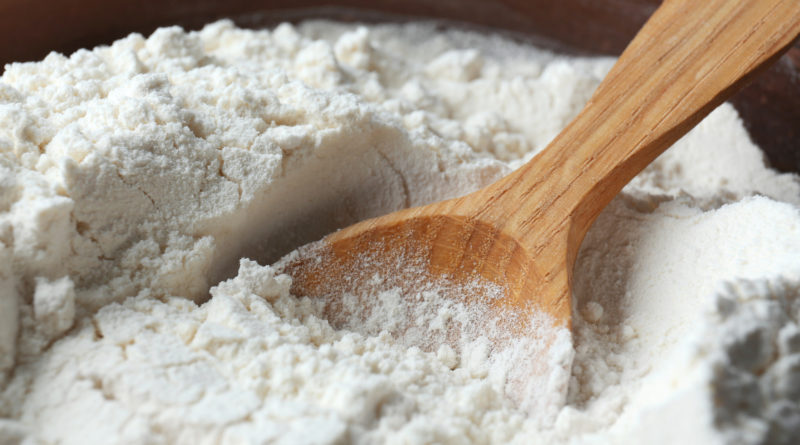 Refined white flour doesn’t have any nutritional value due to the chemical processes that it had to go through. And even worse, it’s bleached with chlorine gas to achieve that white color.

It’s also full of carbohydrates, which is very easily converted to sugar – Cancer’s favorite meal – on your body.

Alternatives – Choose unbleached, whole wheat flour for your cooking, and read labels carefully to determine how much of it was bleached in packaged products. 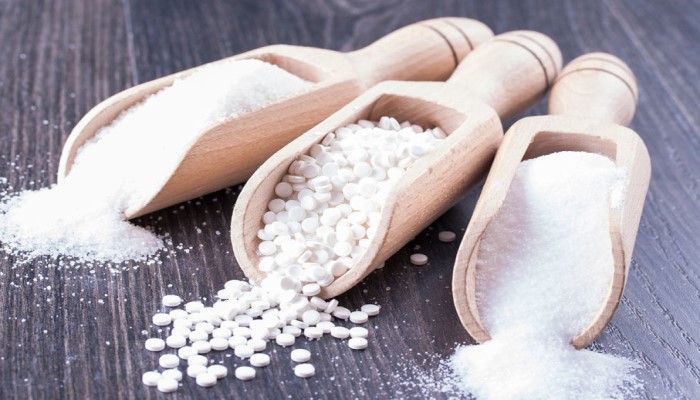 Most artificial sweeteners are produced by chemical processes, and there isn’t enough data to really know if they are safe or not.

Some studies say that artificial sweeteners cause the toxin DKP (Diketopiperazine) to build up in the body and potentially cause brain tumors.

Alternatives – If you must use sweetener, choose Stevia since it’s natural. Certain recipes can also substitute applesauce for it. 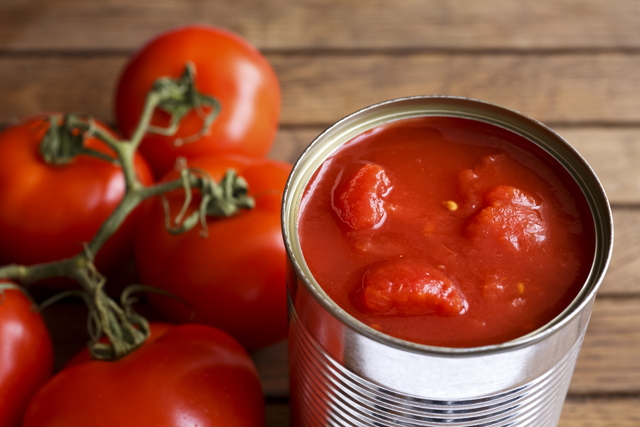 Canned foods are dangerous because the cans are lined with the chemical BPA, a hormone disruptor that has been shown to alter the brain cells of rats.

Canned tomatoes are especially problematic because their acidity causes the BPA to seep into the food, making it even more unhealthy.

Alternatives – Buy fresh or frozen goods depending on what suits you. 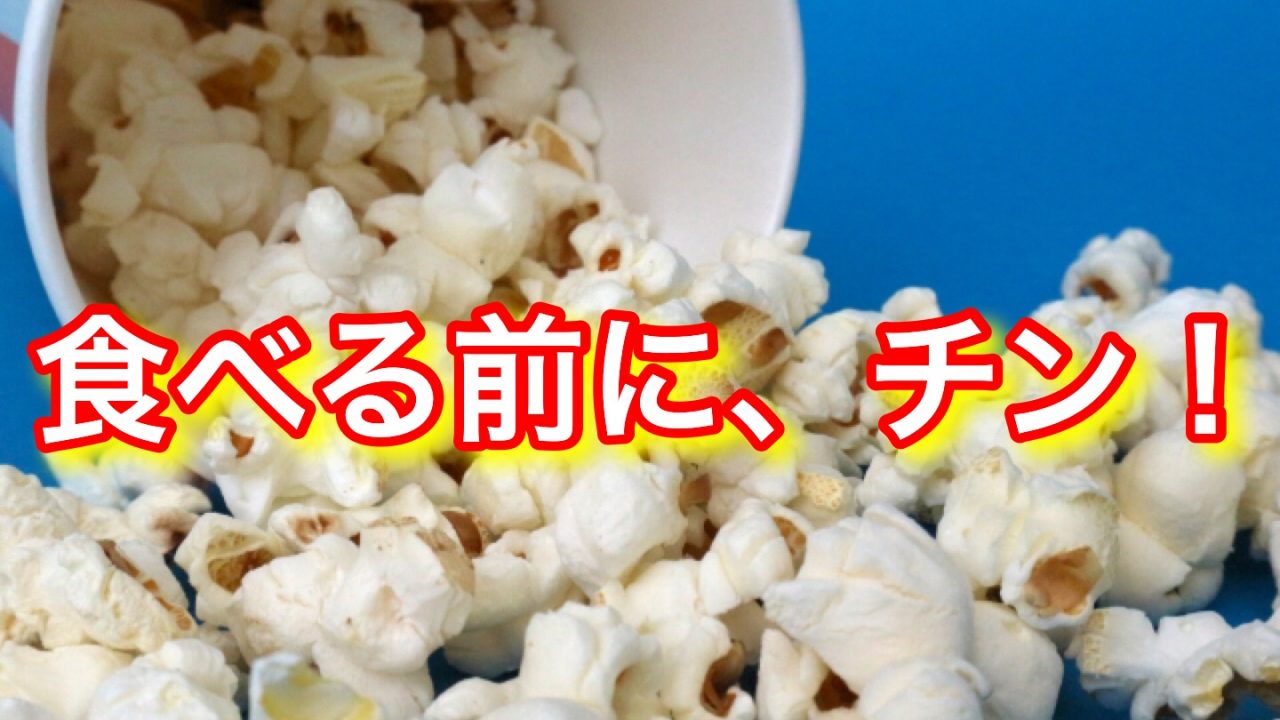 Diacetyl is what makes your microwave popcorn taste delicious when it’s out of the oven, but when heated, this substances becomes a toxic fume to humans.

Also, the lining on the bag is carcinogenic. And finally, popcorn producers are not required to report whether their kernels are GMO or not, which means that it most likely is.

Alternatives – Buy organic kernels and pop them in an oven with olive oil, or in an air popper. 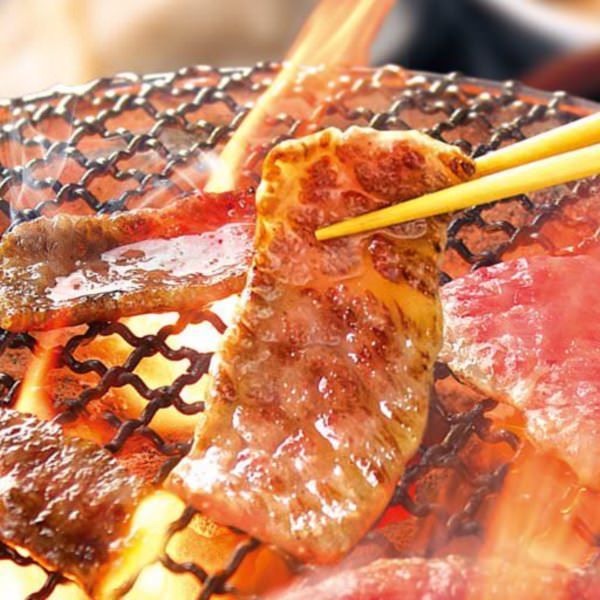 While grilled meat is delicious, scientists have discovered that in the high temperatures used for cooking it, it produces cancer-causing hydrocarbons because of changes in the chemical and molecular structure of the meat.

Alternatives – Eat red meat sparingly and cook it with caution, another option is to eat white meat instead, like chicken. 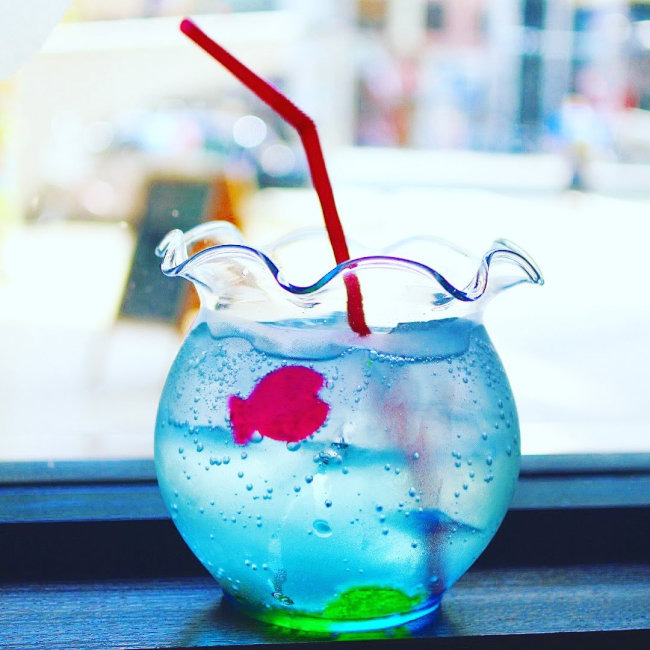 Soda is full of sugar – cancer’s fuel of choice, and even without that, it’s already pretty bad for you – but it often also contains artificial caramel coloring.

This artificial color is called Caramel IV and has the carcinogenic chemical 4-MEI as a byproduct of an ammonia-based process.

Alternatives – Water is always the best choice, but if you really crave the sweetness of soda, choose a brand that doesn’t use Caramel IV.

What kind of impressions have ths blog given to you?

By the way, just because you have eaten the food mentioned here, it is not mean that you will soon suffer. If you partake of it as very often as you like every day, the possibilities are likely to be high.

We would like to avoid foods as much as possible, and wish for foods that help you improve your health.